I hadn’t bought anymore airsoft replica’s since the King Arms Thompson. But I was saving up for a real deactivated BAR. Still a distant ambition though, as they can set you back 1500 – 2500 euros. The VFC airsoft BAR, though excellent, still cost over a €1000. So a Chinese copy had been a long time coming. With everyone going full-metal now, the collector benefits. ACM just released this beautiful metal replica. I read they had some issues with the supplier of the wood furniture, so the first ones will be with fake wood parts, but don’t let this hold you back. Because in this review I will show that you can make this replica look like the real deal without breaking the bank.

As it was only €330, I pre-ordered one right away. Out of the box, the finish of the metal and the detailing already looks really nice. After some simple aging work, it simply looks stunning! So let’s have a look:

Detail of the original WW2 wood handguard. Note there's only 1 screw on the side now.

What you need to obtain the same result as in these photos: fine steel wool, a wood file (big, straight), an original wooden handguard and black acrylic paint (from your hobby store). 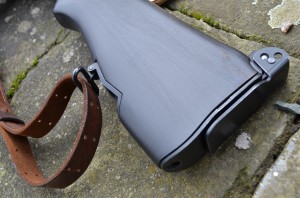 The stock has been painted black with acrylic paint

The stock has been painted black, as WW2 BARs generally had black composit stocks instead of wood. Wood is for WW1 BARs. At some militaria sites you can get surplus WW2 or 1950’s BAR furniture. But I don’t know if an original stock will fit on this replica, and if you try, be sure to get a WW2 version. The 1950’s version has a different texture to it. But if the price were right, I think I could live with that. It’s a subtle difference. As you can see in the photos though, the painted stock looks very nice. Do remove all the metal parts before painting, but don’t try to remove the stock from the weapon, as you will likely damage it! 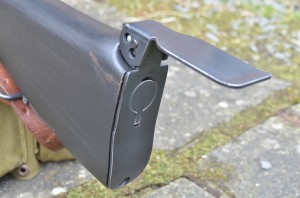 Detail of the butt plate

The magazine that comes with the weapon is a black metal high cap. Pretty nice, but it has a hole in it on one side. That does stand out. And when you look at reference books, the magazine is never really black, but a more greyish shade you can’t accomplish by rubbing the replica magazine with steel wool. In the photo below you will notice that the airsoft magazine is a bit shorter than the real magazines. This is to allow for the airsoft internals of the rifle. The part that extends has the same length. Also the outer dimensions are exactly the same. So after some hesitation (no, a lot of hesitation), I at last cut down one of my original magazines to the same height. And ‘click’, it fits! When you do this too, I recommend you first strip the magazine. When finished you put the follower, spring and base plate back in, and you slightly bend the cut-off edge, just to make sure the follower doesn’t shoot out again. 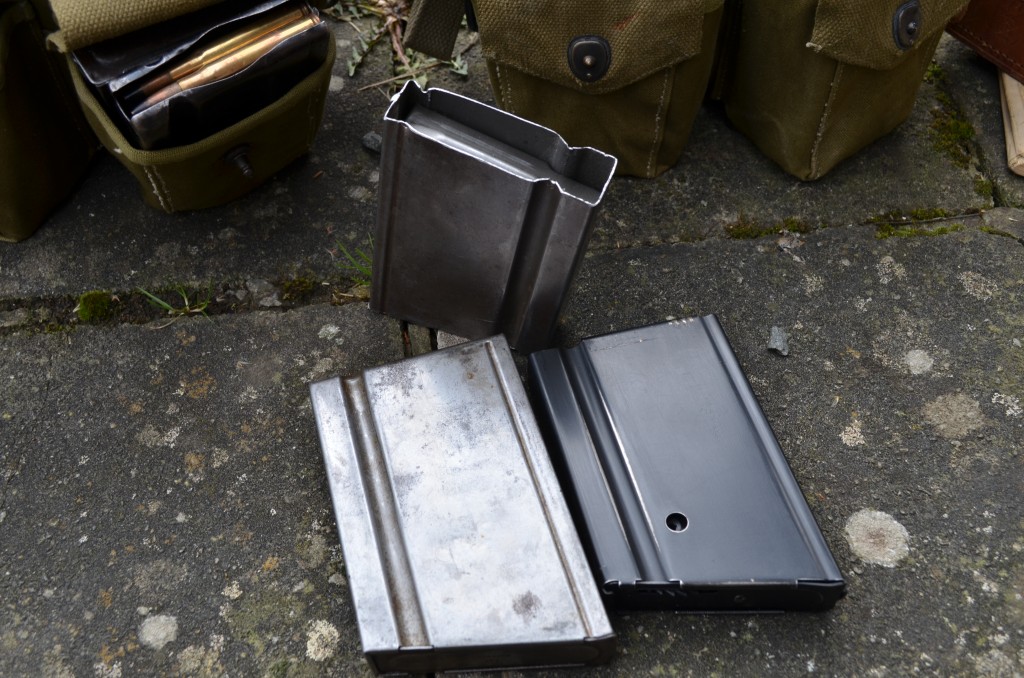 You can fit a leather or canvas sling. Good luck finding an original leather sling. These are very rare. I got mine 15 years ago, thinking it was a sling for the Garand. It looks the same as the M1903/M1 Garand sling, but it has three prongs instead of two. For re-enactment purposes, I think a repro Garand sling, properly aged, will do fine. Or you can opt for a khaki canvas sling. 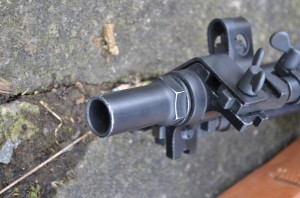 The steel bipod that comes with it even has some markings stamped into it and already looks and feels like the real deal. As with the original, the bipod rotates freely around the bipod attachment behind the flash hider. So you won’t be able to display the weapon resting on the bipod, because it will tend to fall on it’s side.

This BAR now displays like a million dollar bill! The aging is pretty easy as you can see. Just watch out when you remove the fire selector. There’s a small spring with a pin behind it which will fly away if you’re not careful. 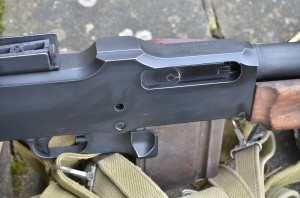 Detail of ejection port and markings on top

Now, airsoft performance-wise, I have to warn you to buy a decent battery and charger separately. The one that comes with it is absolutely worthless and I thought my gun was broken. This does drive up the price a bit. To me it’s not an issue, as I am not much interested in firing it. So if you’re interested in this rifle as a skirmish weapon, you need to check up on some other reviews.

I ordered mine at loopingshop.be, but airsoftnews.fr has more photos and a video.