↓
Home→Movies→Band of Brothers: the real village of Aldbourne 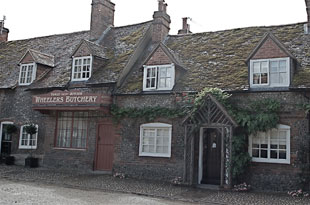 This summer I was on vacation in Oxfordshire, England. During WW2, this is where the 506th PIR “Easy Company” was billeted at the village of Aldbourne. For the series Band of Brothers, Steven Spielberg used the village of Hambleden for the Aldbourne village sequences. Hambleden is used a lot as a filmset for movies and commercials. I took some pictures there and mixed them with screenshots from the series for comparison. I desaturated the colors to give it the same look as in the series.