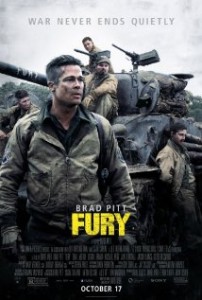 Fury with Brad Pitt is coming out in theaters this week. I had heard about this movie being produced through Combat Dealers on Discovery Channel. This guy Bruce Compton gets called that the production people are interested in using his collection of tanks and vehicles. From this article, it looks like it worked out for him.

This movie marks the first time a genuine Tiger I tank has been used in the production of a WWII film. Fury features “Tiger 131” from the UK’s Bovington Tank Museum, the only fully functioning Tiger tank in the world. That’s a serious step up from the wobbly triplex get-ups we’re used to seeing. 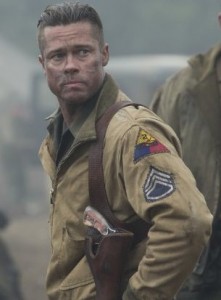 Even though the movie appears to be mostly set in Germany, all of it has actually been filmed in the UK.

I already love Brad Pitt’s M1917 S&W revolver with plexiglass grips in its Mexican-style shoulder rig. He needs to stand out (kinda like his huge bowie in Inglorious Basterds).

I can’t wait to go see this movie!

Photo and trivia: thanks to IMDB.com. View movie trailer