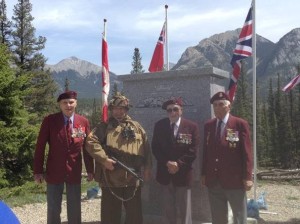 Canadian army major Claude Villeneuve sent me some pictures of himself during the D-Day celebration at Siffleur Falls in the Canadian Rockies on 6 June 2015. The gentleman on his right jumped 20 minutes past Midnight on 6 June 1944 with the Pathfinders of 21 Independent Parachute Company as part of C Company, 1st Canadian Parachute Battalion tasked to protect 3 Parachute Brigade DZ “V”

The four peaks of the Siffleur Mountain are named after the four battle honors of the Battalion: NORMANDY, ARDENNES, RHINE and ELBE. Below are the colors offered by the Parachute Regiment Association on 6 June 1974 to the 1st Canadian Parachute Battalion since the battalion never received any regimental colors because of its short existence 1943-1945.

The 1st Canadian Parachute Battalion was the only Canadian unit that fought during the Battle of the Bulge.

Claude himself served in Afghanistan. 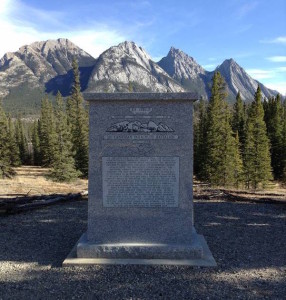 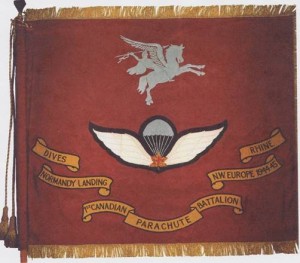